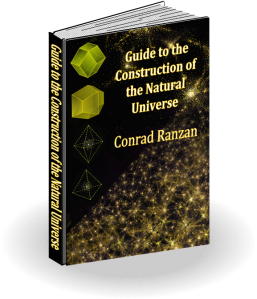 Participate in a unique exploration of the cosmos. Venture into the sub-atomic realm, even into the sub-quantum realm where the roots of reality reside, and into the vast domain of comic-scale cell structure and beyond to infinity.  Along the way, discover the cause of mass, the cause of gravitation, and rediscover Einstein’s “nonponderable” aether and Heraclitus’ harmony-of-opposites principle. …The book represents the ultimate vindication for all skeptics who resisted the “preposterous” Big Bang mythology and who refused to join the exploding-cosmos religion. …The foundation of modern cosmology holds that the cosmic-scale structure of the universe is ruled by two forms of energy   — gravitational energy and “vacuum” energy.

Physicists believe that the two act in opposition to each other — as opposites in conflict.

These physicists are totally and provably wrong!

The reality is that the two force-effects act in harmony — in a remarkable cosmic-scale harmony of opposites.